As requested I’ve attempted to give a general outline of the cervical vertebrae of our sample set of horses.  The points neither mark individual bones, nor the center of the bones, though; I’ve tried on that latter point to give the best indication of location within the neck.  Hope it helps.

Reviewing:  Here is a picture of the horse’s skeleton with this representing a high set, naturally arching neck that you might see on an Iberian.  Such a neck requires a medium to long upper curve, a medium middle segment and a short, shallow lower curve that is placed high in direct relationship to the scapulae. 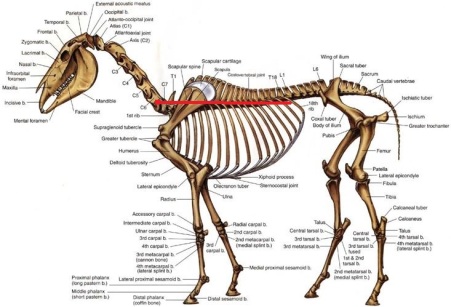 I mentioned in the previous article that this horse had a quite good neck.  The main difference between it and the skeleton horse is that the lower cervical curve is deeper and longer in this horse.  The depth is partially due to our stallion dropping his base of neck in this photo, while our skeleton horse is lifting it, but I’m going to now call this horse a touch bull necked. 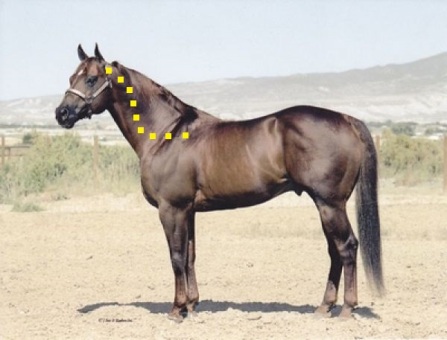 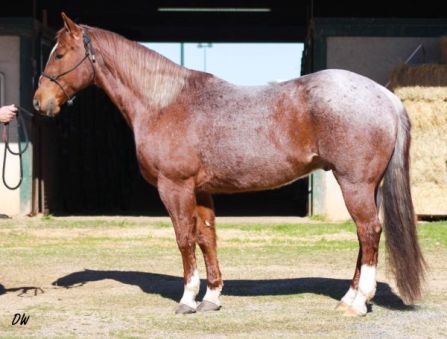 The big thing to note with this horse is that much shorter upper cervical curve.  Compare it to any of our sample horses except the Paint. 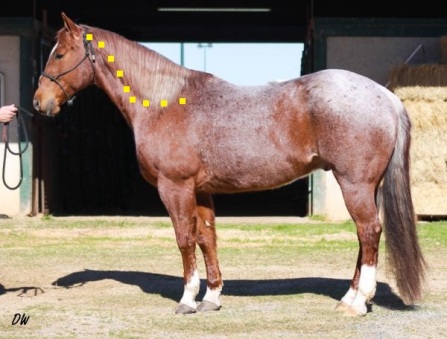 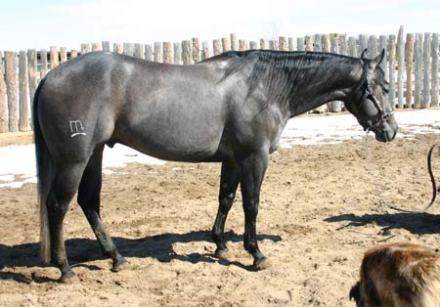 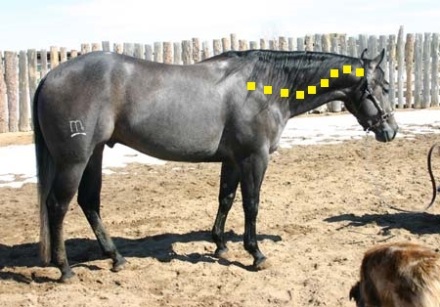 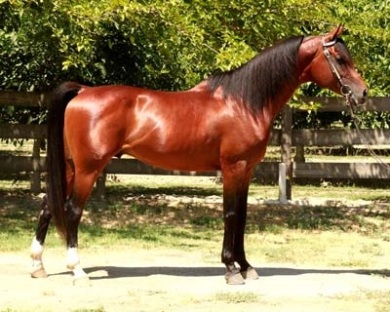 This is a GREAT equine neck. 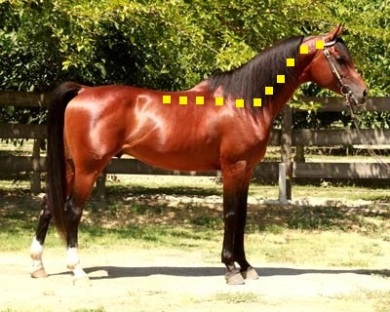 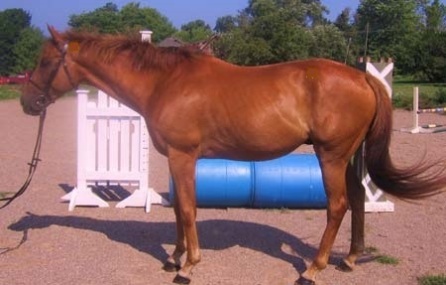 This horse has a slightly better (higher) neck set than the grey QH.  Their structures are very similar, but our TB has a slightly shorter and shallower lower curve.  Even though our TB’s lower cervical curve appears a bit deeper, while holding his head at about the same height at the grey QH, you must take into account that the TB is not lifting his base of neck at all.  If he was putting in the same effort, then his lower curve would be a touch flatter than that of the grey. 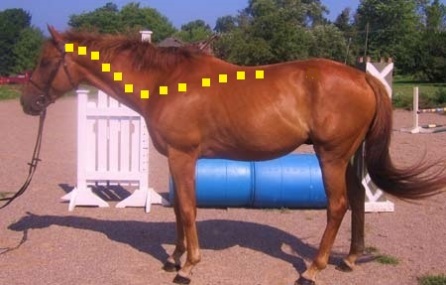 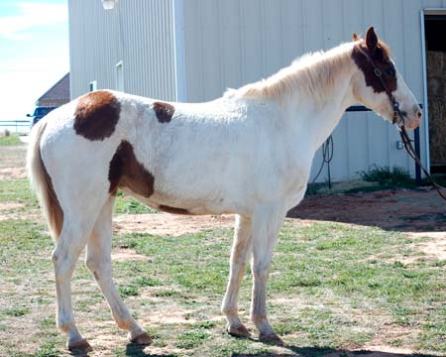 This horse is hammer headed, and if you compare to the roan QH, you can see that she has an even shorter upper curve.  I was reluctant to call the roan hammer headed, but wouldn’t argue that point since he’s right on the borderline, but it’s clear this one is.  We also see the long, wide lower curve of a bull neck. 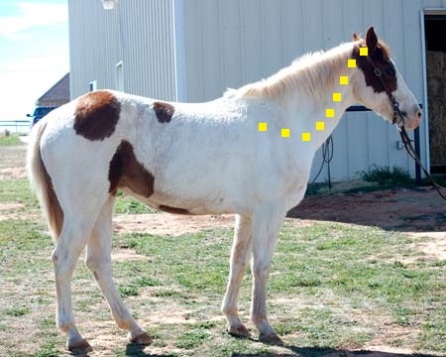